The Medicines and Healthcare products Regulatory Agency (MHRA) UK is honoured to be the host of the 2016 PIC/S Seminar. This is an annual international event attended by both member and non-member authorities of the Pharmaceutical Inspection Co-operation Scheme (PIC/S).  The theme of the PIC/S 2016 seminar is "Inspectorates of the future".

Every year within the PIC/S family a participating authority has the honour of hosting the annual training seminar.  This year it is being hosted by the MHRA at the Museum of Science and Industry (MOSI), Manchester and we will be welcoming around 180 inspectors from over 50 countries.

Manchester is the European City of Science 2016 – recognition of its unique scientific heritage and contribution to scientific discovery, innovation and industry.

Inspectorates of the Future seminar

There are many factors affecting the work that Inspectorates do and as practices and technologies evolve we must do the same. This seminar will therefore be reviewing the current landscape with regard to inspection findings and trending, with a particular focus on data integrity issues and then exploring the changes Industry have on the horizon and how these can be met

The seminar will also consider how various Inspectorates are collaborating on a number of topics and look to establish best practice for risk based inspections and compliance management. Finally we'll look to what PIC/S will be doing in the future to support Inspector education through the PIC/S Inspector Academy (PIA) and also the PIC/S vision going forward.

It was probably 5 or more years ago that we first started to consider hosting the event in the UK again.  The last time was in 1999 in Oxford when we were the Medicines Control Agency (MCA) and the focus was on Non-technical aspects of inspection.  Back then there were 23 members of PIC/S.  Today that numbers stands at 48 with another 9 authorities going through either accession or pre-accession.

For those of you who have been in the pharmaceutical arena a long time we can track our hosting of the seminar back to 1973.

What has surprised me (and many of my very hard working colleagues) is just how much time and effort organising the seminar has taken, despite us being used to running large symposia every year.  In particular things have ramped up since we received the PIC/S walking stick back in October 2015 at the seminar hosted by the Indonesian National Agency for Drug and Food Control (NADFC).  Now weekly (or sometimes daily) planning meetings seem the norm.

Yes, I did say we received the PIC/S walking stick which has proudly been handed on from the current hosting agency to the next hosting agency as a relay baton of globalised pharmaceutical regulatory excellence since 2001

Prior to the seminar we will be hosting both the PIC/S Executive Bureau and main committee meetings over 2 days.

The seminar promises to be a great opportunity for global regulators to look to the future together and prepare for the challenges that lie ahead.

Of course we will bring you some highlights after the event via the PIC/S press release and additional commentary on the MHRA Inspectorate blog.

In the meantime if you want to read more about the work of PIC/S please take a look at the PIC/S website. 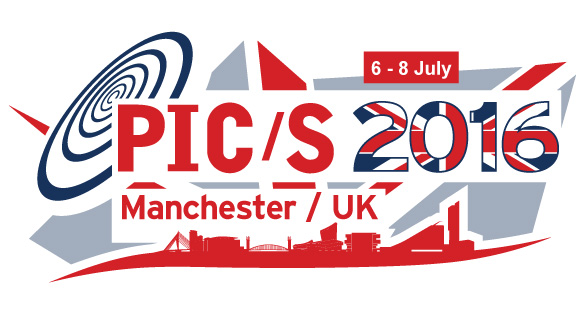