As with most activities in clinical trials, the development of electronic systems is playing an increasing role in methods for data collection.  As inspectors we are therefore continually seeing new systems while out and about on inspection, and adapting our inspection techniques accordingly to enable us to continue to fulfil our responsibilities for assessing compliance with the UK Clinical Trials Regulations. 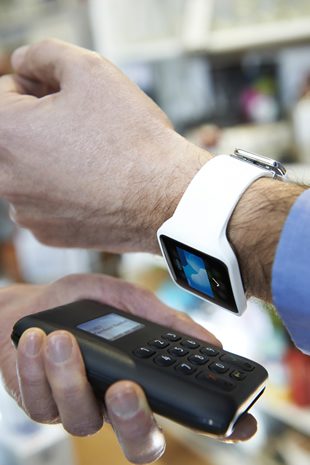 An electronic patient-reported outcome (ePRO) is where, for example, a hand-held device is used so that the patient can record events such as drug administration, side effects or adverse events, with the information being uploaded electronically.  That is, ePRO systems may replace previously used paper diaries.

ePRO methods are most commonly used in clinical trials, but they are also used elsewhere in health care.

It is expected that data collected via ePRO follows the same GCP standards as any other method of data collection, i.e. that there are processes in place to ensure the quality of the data, and that all clinical information is recorded, handled and stored in such a way as to be accurately reported, interpreted and verified (SI 2004/1031 (as amended), Schedule 1, Part 2 (4 and 9)).

On inspection however we have found that this is not always the case, therefore we wanted to share some of the issues seen.  During a recent inspection it was found that:

Due to the systematic nature of the examples seen, and the impact on the reliability of the trial data, this was graded as a Critical finding for Data Integrity.

Further to the above, the inspector also found that there was:

In this inspection it was found that the sponsor’s procedural data clarification process had been followed, in that data queries had been generated, sent to sites and verified prior to changes to implementation of patient data changes.  However, the issue remained that there was no source data to support either why these changes were needed, or to confirm patient approval of those changes.  Whether collected by paper or electronic means, the regulatory requirements are that all clinical data should be accurately reported, and should be verifiable in relation to clinical trials.

Some patients were also asked to agree to the data changes being made months after the event actually occurred, in some cases to facilitate a ‘best-fit’ of IMP administration vs. the planned administration schedule.  It was concluded by the inspectors, and verified by the sponsor on review, that (in some instances) this resulted in completely unreliable data.

As a result of the inspection findings significant corrective and preventative actions (CAPA) were required to be performed by the sponsor.  This included:

The findings were relayed to the EMA and CHMP assessors by the inspector, and the planned sponsor report was subsequently significantly delayed.

Overall GCP inspectors see changes and developments in technology as the future of clinical trials in the UK, enabling the UK to remain at the cutting edge of research.  Such technology also leads to the need for new inspection approaches and guidance for stakeholders.  There is existing guidance available that you may find useful in relation to expectations on UAT for electronic systems in section 14.5 of the MHRA GCP Guide, and on the collection of subject data in Chapter 8 of the GCP guide, as well as the EMA reflection paper on expectations for electronic source data and data transcribed to electronic data collection tools in clinical trials.