As inspectors we come across a number of different business models and set ups for the management of clinical trials. Organisations vary from conducting all trial management activities in house, outsourcing activities for which they do not have capacity or expertise in house, to completely outsourcing all clinical 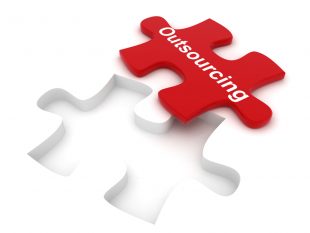 trial activities to third party organisations (e.g. Contract Research Organisations (CROs) and Clinical Trial Units (CTUs)). Whilst there is no one size fits all for the management of clinical trials, there is a clear requirement in the regulations that the sponsor retains all responsibility for the conduct and reporting of clinical trials (SI 2004/1031 Regulation 3).

Therefore, it is imperative that the sponsor has systems and procedures in place to ensure adequate oversight of the management of clinical trials both conducted in-house and those outsourced to vendors 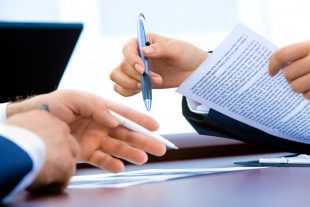 One of the main issues seen on inspection in this area is with the lack of information and documentation in the form of contracts and agreements with vendors. These are used to delegate activities to vendors by sponsors. However, it should be clear in the agreement that compliance with the protocol and regulations is required which would supersede any internal processes and procedures. It is important that subcontracting is mentioned in the contract and how the sponsor maintains oversight of any further subcontracting performed. Is the sponsor aware of all vendors on the trial and has the sponsor agreed to the use of the subcontractor? It is important that delegation of duties is clearly documented and there are no gaps or ambiguity which may lead to non-adherence with regulatory requirements.

It is often seen on inspection that key legislative requirements are missing from contracts such as reporting of urgent safety measures and serious breaches, which can lead to non-compliance as the roles and responsibilities have not been clearly defined.

There are a number of methods which could be used for oversight of vendors and it is recommended that a risk-based approach is taken regarding this decision. When assessing the level of risk, it is important to consider what activities will be undertaken and their potential impact on patient safety and data integrity. For example, a laboratory performing analysis of samples used for the primary endpoint may be considered higher risk than a laboratory analysing samples for exploratory analysis only, and may therefore require additional oversight.

Some examples of oversight mechanisms include:

Audits can be performed prior to selection, during conduct and at the end of a trial. The audit may be trial specific, or process based if the vendor is conducting more than one trial on behalf of the sponsor. If any potential serious breaches are identified during an audit, there should be a mechanism in place to feed this back to the sponsor and report to the MHRA.

Whichever method is used it is important to document the assessment and outcome and think about what happens with this information. It should not be a form filling exercise and it is expected that the sponsor documents their decision on whether to use or continue using the vendor.

During inspections, we are commonly told that TMF management is outsourced and held by the vendor. However, the sponsor should be able to demonstrate their oversight of trial activities which have been delegated, and to demonstrate this oversight during an inspection. This can be in the form of an oversight file which forms part of the overall TMF but remains with the sponsor. We have seen on inspection that at the end of the trial the TMF retrieved from the vendor was amalgamated with the sponsor’s oversight file (and sponsor oversight documentation removed). It was therefore not possible to reconstruct what oversight the sponsor had of the trial whilst it was ongoing.

How to improve compliance in this area 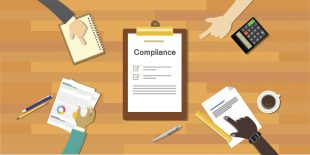 It is important to remember that it is not just external vendors which require oversight, but also investigator sites and contractors working in-house. Organisations are becoming more and more complex that the concept of oversight of internal functions and departments is just as important. Failure to comply in this area can result in critical findings and also prevent the organisation from sponsoring any further trials until the issues are resolved.

Sponsor oversight is not just the initial vendor assessment process, it should be demonstrated throughout the trial. A risk-based approach to vendor selection and management is recommended and this should be identified within your QMS. Identify those key areas where you want to concentrate your oversight activities and ensure the activities are commensurate to the risk associated with the vendor (for example, consider how much is gained from conducting TMF/ ISF audits only and think about when investigator site audits/ monitoring visits may be necessary).

Most importantly, ensure your sponsor oversight activities are clearly defined within your QMS and retain documentation and evidence of oversight in the TMF.

Further guidance is available in chapter 1 of the MHRA GCP Guide.

Subscribe to the Inspectorate blog to be notified of when part two to the Sponsor Oversight post is published. Part two will cover inspection metrics in this area and discuss case studies from both commercial and non-commercial organisations.