This is the second in a set of three posts centred around the Responsible Person (RP) named on a Wholesale Distribution Authorisation (WDA). The first post provided information on external training recognition and training providers; a robust process of which the inspectorate would like to see a greater uptake. The third post will place a particular emphasis on the engagement of a contract/consultant RP

We have written this second post to enhance the appointment of the RP. Please note, this includes changes to MHRA Guidance Note 61. 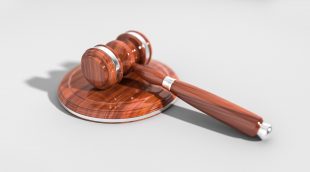 The Human Medicines Regulations 2012 (regulation 45) require the holder of a Wholesale Distribution Authorisation to ensure the availability of an RP and to notify this to the licensing authority. It is also the Licence Holder’s responsibility to ensure the RP is enabled to carry out the role effectively. EU GDP section 2.2 requires the RP to be responsible for several aspects of GDP operations. MHRA set out the expectations for the appointment and duties of the RP; this is described in Section 8 of MHRA Guidance Note 6 ‘Notes for applicants and holders of a Wholesale Dealer’s Licence (WDA(H)) or Broker Registration’1 which has recently been updated. The online version of the 2017 ‘Green Guide’ (currently pp128-134 in the printed copy)2, will be updated in July to reflect the Guidance Note 6 changes. Existing RPs can be reassured that their status will not change as a result of these changes. Inspectors will continue to consider the suitability of an RP at each inspection.

So, we have the legal basis clearly set out, as well as MHRA expectations. Unlike a Qualified Person (QP), however, the RP is not required to be assessed by anyone other than the Licence Holder before taking on the role. There is no recognised qualification or central register to indicate to the Licence Holder the credentials of the person to be appointed as RP. The decision to appoint can be a difficult one. The costs to the organisation if they get it wrong could range from inefficiencies to trading outside the legal supply chain. There may even be adverse impact on the licence such as suspension or revocation. Once the RP is named on a licence or licence application they will be assessed by the GDP inspector at the next inspection. This generally follows the flow of the inspection and is intended to reassure the inspector as to the suitability of the RP for that specific role. If the inspector finds the RP is unsuitable they will feed this back to the Licence Holder.

What makes a good RP?

How can an RP demonstrate their suitability to the Licence Holder and the inspector? We see a number of key areas which we will address in turn. These are not intended to replace the extensive information in Guidance Note 6:

Knowledge of GDP and the regulations. There is no real substitute for reading and re-reading the GDP Guide and relevant regulations. Each time you re-read you will see something new or see it in a new light. Many Licence Holders include the EU GDP Guide within their quality system; that sends the right message to all staff. Reading and understanding the Guide should be seen as a clear learning activity. Note this in your training record. Further sources of information are inspectorate blogs, Rules and Guidance for Pharmaceutical Distributors 20172, and information published on gov.uk/mhra. These will keep you up-to-date with developments such as the Falsified Medicines Directive.

Industry experience. Experiential learning is commonplace in this industry. There is nothing like trying to conduct a recall and realising it cannot be completed because there are transaction records missing, you don’t have sufficient staff or storage space, or the written procedure cannot be understood. Aside from the obvious point that an effective recall test would have avoided this scenario; the RP at the heart of this will never forget how they learned the essential components of a recall process.

Familiarity with the GDP operations of the Licence Holder. Familiarity with all activities that impact on GDP is important. An RP who has never visited the air handling unit in the roof space will not be able to effectively validate the system and avoid risks to warehouse stock. The RP who has never sat down in the office with customer liaison staff may never find out that stock is being sold to customers choosing on occasion to pay for controlled drugs using their personal credit card – an activity that should ring alarm bells.

Induction/primary training. This is where a thorough induction to the role is essential. Unfortunately, the inspectors frequently see a newly nominated RP who is ‘thrown in at the deep end’. I have never liked the phrase ‘hit the ground running’ because, before taking on the role of RP, an individual must ensure they are fully conversant with all aspects of the role. It can take several years for an RP to really get their teeth into the role – anything can happen during that time, and frequently does! A good Licence Holder will make time for succession planning.

Role definition and place within the organisation. There should be a clear reporting line to the Licence Holder. Respective responsibilities between the RP and the Licence Holder should be clearly defined and understood. In the larger organisation, the RP is frequently in the Quality department. This is not, in itself, wrong; but one should always consider if that positioning allows sufficient oversight of unfamiliar activities such as the warehouse management system, staff rosters, transport etc.

Delegation and training others. GDP clearly sets out that all staff should be trained in their role, in GDP, in the identification of medicines and in the avoidance of falsified medicines entering the supply chain. There should be a clear training programme describing these. The RP must ensure that initial and continuous training programmes are implemented and maintained; and, although the RP need not conduct all the training themselves, the RP should have sufficient oversight to demonstrate the trainers, training materials and records are suitable. Don’t forget the Licence Holder will need some training too.

Training records. These can be paper-based or electronic. These should include a wide range of learning activities from SOP reading and external training to ad hoc learning such as shadowing staff. Records should cover all staff; this includes the RP and Licence Holder. The GDP inspector considers an RP’ suitability on a range of evidence, this would include how they are doing the job as well as the range of training they have undertaken, whether that be non-Cogent external training, Cogent-assured training or other training. Good quality training that is put into practice, however that training has taken place, is always recognised by the inspector. Yet on inspection, the RP’s record is often missing or has not been kept up-to-date. We will often see a bunch of certificates on inspection that don’t really show progression and a wide range of learning.

Continuing development for the RP. The UK supply chain doesn’t stand still; there are frequently new challenges. Continuing Professional Development (CPD) is a natural progression from initial training. Some professions will require learning is recorded in the form of CPD. For example, pharmacists and pharmacy technicians registered with the General Pharmaceutical Council (GPhC). These records can be used as the RP’s training record so long as the CPD covers the scope of the role and the records are made available on inspection. Many make use of external training courses; many of these are of a high standard and cover a specific area within GDP. Other external courses are intended to be generally applicable to all RPs and these can still be of use in continuing development. Some of these are Cogent assured, see the previous post.

We hope that what we have written has given you an insight into what the Licence Holder should be looking for when assessing the suitability of an RP; suitability depends on knowledge and experience. The Licence Holder must assure themselves as to the RP’s ability to carry out the licensed functions. Non-compliance will place significant burden on both a company and an RP. Every company is unique, and an RP should be sure they can execute their responsibilities to meet the requirements of the licence. The licence holder is required to provide an RP with adequate knowledge and experience, learning ‘on the job’ is usual in this industry but experiential training can only provide for some elements of the full package. There is a place for good quality external training and this should be considered by all licence holders. As inspectors, we see licence holders who have not chosen the RP well and others who have put a lot of effort into this.

The Responsible Person named on the WDA. Part 1: Raising the profile of the RP