When I applied to join the Inspectorate I was working as a Qualified Person. I’d been on the receiving end of many inspections and thought that the role looked to be a hugely interesting one with a great amount of responsibility.

The inspectors I’d previously interacted with when I was in industry appeared to know everything technically, as well as having encyclopaedic knowledge of the regulations. They could command the room with an air of authority. This I found daunting, and originally although I applied in 2012, I decided to withdraw my application. For another two years I continued within industry, but never really felt content in my roles. I therefore made the choice to reapply in 2014, and so was the start of my journey.

The application process is designed to not only challenge your experience and knowledge, but also to look at your personality profile. After several online assessments and telephone calls I was invited for an assessment centre. This consisted of further tests and assessments but also gave an opportunity to meet other inspectors and some of the management team. This I found very useful and reaffirmed that this really was the job I wanted.  At one of the final points one of the Unit Managers asked me how I thought the assessment centre had gone. I was honest and said I wasn’t sure but that I was more nervous than when I had sat my QP Viva – and I was very nervous for that. Both of these I saw as turning points in my career. A few days later I got the call to say I had been successful. 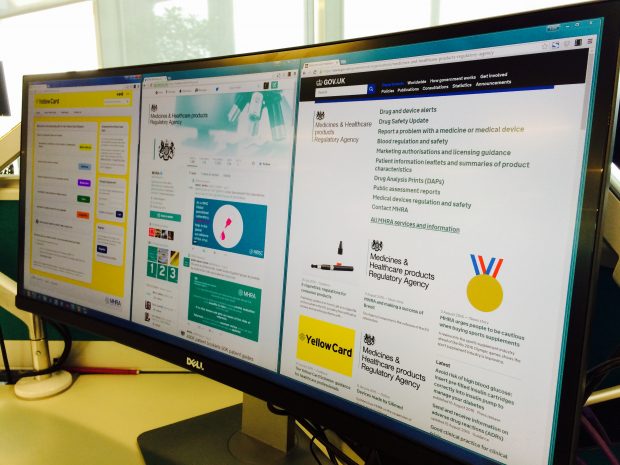 The training process to become an accredited inspector I found to be excellent. I was assigned an Operations Manager but also a Mentor who was another experienced inspector. I have always been a big fan of the mentoring approach to training in industry, but this was a step further as it was a permanent mentor for as long as I needed. This person was there to guide me through the process of becoming an inspector. This included the basic areas such as the computer systems, the structure of the inspections and technical aspects but also the softer areas such as how to inspect, how to interact with people on inspection and how to manage working on my own. Both my mentor and Operations Manager are always available and this has been key to me being successful in this role. One aspect that I found very refreshing was that although there was a foundation and framework that we all have to follow, the role allows a large amount of autonomy. There are classroom sessions as well as a lot of on the job training, together with reflection from the mentor on different aspects.

Part of the process was also to understand that I didn’t need to be those inspectors I had interacted with in industry. I was able and encouraged to develop my own approach.

From the start, although I was working from home and for the majority of time on my own, I felt part of the team. The other inspectors at every level are always approachable and very willing to help should you run into a problem or just need advice. Although you may be working on your own, you are never truly alone. I have been in some challenging situations both in the UK and overseas but have never felt like I was unsupported.

I also found very encouraging that my input was valued from the start. Generally the inspectorate is a very encouraging environment. Each of us brings different experiences and this is seen as a strength and also fitted into the teams and internal technical groups.

The process to become accredited is well structured. In the early days I was just observing but then I quickly became more and more involved in the inspections until I was able to lead with little to no other input. Although I had performed audits in industry, being an inspector was quite different. In my experience, sites are generally more apprehensive about a regulatory inspection. My approach is to try to treat the site I am inspecting the way I would like to be inspected myself, and usually this suits both parties.

What does the role entail?

Obviously the part that most sites see inspectors at is the site inspections and this forms a large part of the role. With the way the industry is becoming more and more global, a large proportion of our time is now spent overseas. This isn’t the only part of the role, there are also other areas such as: responding to stakeholder queries, updating guidance, presenting at events such as the symposia to name just a few.

So now well into my second year how do I feel about the role? It is the most interesting role I’ve ever had where genuinely, each day is different and unknown. The autonomy given by the role suits me well and the learning curve although steep is well structured. On each inspection I learn something new and am able to see best practices.

Although we are obviously away from home for a large proportion of time, the role does allow for a healthy work: life balance. Working from home, although requiring a good level of discipline, has zero commuting time and therefore allows for significantly more time with family than I was previously used to.

I think that being an inspector is a privilege that should not be taken lightly and for me is the most suited role I have had.

Interest in working at MHRA?  Keep an eye out for vacancies on Civil Service Jobs and set up a notification for when they become available.