Whilst we progress our latest recruitment campaign for GMDP Inspectors, Ian Holloway reflects on 30 years of working for the Medicines Regulator. 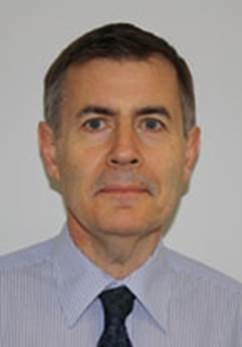 My name is Ian Holloway and I am a senior GMDP inspector with the MHRA. I previously worked in several other roles here including Pharmacovigilance and GCP inspections and managing the Defect Centre for eight years. In my time with the Agency, I have seen many changes affecting the pharmaceutical industry and the way we perform our inspections.

Way back in 1986 I was appointed as a Medicines Inspector in a world much simpler and slower than now. My employer was not the MHRA or even its predecessor the Medicines Control Agency but the Department of Health. All the inspectors were both GMP and GDP inspectors; there were no GCP, GLP or PV inspectors. There were four regional offices for the inspectors at York, Chester, East Grinstead, and Hitchin. Every inspector inspected every type of manufacturing activity, apart from biologicals. 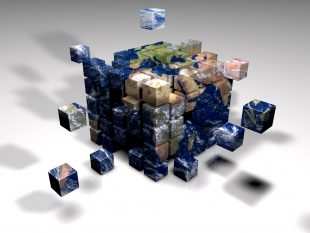 We inspected manufacturers worldwide. Trips were normally for three weeks and we often travelled round the world seeing six companies in that time. Going backwards over the date-line was a nightmare for time sheets! It was long before mobiles and we would normally phone home once a week which could cost us £25.

Organising the inspections was hard and mainly done by phone. We didn’t have a fax or computer in the Hitchin office where I was based. With no internet, it took ages to track down companies that had closed or relocated, and Directory Enquiries was useless when there were name changes or takeovers.

We had no fees at that time. As a result, there was no incentive for companies to remove backup sites, so provided they were still named on a licence we inspected them. I remember inspecting a site located in New Zealand which made a sodium hydroxide paste for the removal of cow horns. I wondered if it was the best use of my time, but the trip was great.

My first overseas trip was to Puerto Rico, with our flights going via Antigua. When we landed at Antigua we found the onward flights had ceased a month before. When we eventually got to Puerto Rico a tour of the Bacardi plant was considered an essential rite of passage for new inspectors, but only at the weekend. Turning up at the security gate of the pharmaceutical company and being asked to leave your firearms took some getting used to.

Preparation for overseas trips involved retrieving the Product licensing or ‘Gold’ files from the archive store, then going down to our Market Towers head office in Vauxhall and photocopying information to take. There were no site master files or compliance reports. We had fewer areas to inspect as Quality Systems were a much smaller topic and notably more time was spent in the plant compared with the boardroom.

The original GMP guide was edited by John Sharp, one of the inspectors. The original 1971 guide was just 23 pages including just one Appendix; 3 pages on Steriles. The version in force when I started was the 1983 edition which comprised 110 pages.  From that evolved the current guide and the EU guide. The current 2017 version is 806 pages but being more detailed and prescriptive may fuel the need for still more text.

There was virtually no guidance when we inspected GDP sites at that time. Our minimum expectation was that companies had a written procedure for recalls, returns and complaints. We allowed half a day for an inspection.

Gradually globalisation began to bite with the transfer of manufacture to sites in countries such as India and China. Previously the four regional offices had divided the overseas countries on a rotational basis but this became impossible. To compare this to the present day, we recently had four pairs of inspectors travelling to India at the same weekend. Trips are now shorter, communications much easier and the world now seems a much smaller place.

In contrast, the inspectorate of today has developed significantly over the intervening years. Most GMP Inspectors are homebased and planning is carried out centrally. This is aided by the Agency’s Sentinel system which contains details of all UK Marketing Authorisations, site licences, and Inspections. The scope of the on-site activity has also grown as new guidance has been published and inspections are now much more risk based.

Another development has been the increased collaboration amongst global medicines regulators, with joint inspections involving colleagues from Australia, Canada, the US and other EU member states, being increasingly common. This has also created opportunities for MHRA inspectors to share and enhance their own knowledge through participation in working groups tasked with developing new guidance.

As I look back on my time as an Inspector I think about what a varied and interesting role it has been. Every week is different and I am always learning something new, whilst making a real impact on protecting the safety of patients.

It has been an interesting thirty plus years with the Inspectorate but after every solution a new challenge appears. We must remain vigilant and adapt. My role will probably change more to a consumer of medicines in due course, and I want them to work!

We are currently recruiting for suitable individuals to join our team.

If you think it could be the job for you, please take a look at our GMDP Inspector job advert (reference: 1564249) on Civil Service Jobs and make sure you apply by 08 January 2018