The collation of the 2015 inspection metrics data has highlighted some common themes which I am going to illustrate by sharing some examples with you. All of the situations below have been observed within the past 12 months and have resulted in deficiencies (some major) being raised. The aim of sharing these examples is for organisations to identify if these issues could occur at their own facilities and allow them to pro-actively improve compliance.

I will start with some thoughts about documenting decisions and follow with an explanation. The majority of people reading this post will be doing so via a computer at work, you’ve probably sent a few emails before doing so, how many of those emails would you say captured the true meaning of what you intended and did you have to rewrite part of the email or add extra detail? - So why is this applicable to GLP studies?

I would ask you to imagine a scenario where you would need to invalidate an assay based on a justifiable scientific reason that is not covered by your acceptance criteria. Has this been documented and made clear and can someone independent determine why the assay has been invalidated? I have been on a number of inspections this year where decisions to invalidate assays have either not been documented or documented simply as “assay invalidated” and it has not been possible to reconstruct on which basis the decision has been made. This can be particularly problematic with large datasets which contain a lot of steps in assay conduct.

Examples that I have seen in the past year alone including:

In the majority of cases the Study Director or /Principal Investigator can explain situations to an inspector, but if they leave the company the ability to reconstruct the study leaves with them.

So why am I raising this point? - Because it’s easy to address. Spending a few minutes fully documenting a decision saves time explaining the decision to a QA auditor, an inspector and the time associated with writing and responding to any audit and inspection deficiencies. It is also worth considering the potential effect of poorly explained decisions; an isolated incidence may have minimal effect, but consistently poor documentation could result in the inability to reconstruct a study leading to the study being out of compliance which could have a wider impact. 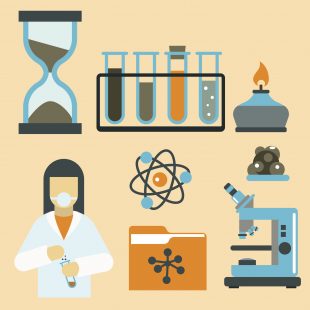 If you as the Study Director are involved in performing procedures it is easy to demonstrate oversight, but what if this is outside of your department? Do you go and oversee key procedures within the study (e.g. dosing/test item application) or do you review all the data generated?  This needs to be considered as inspectors will look for evidence of oversight during the conduct of the study. This is particularly important for multisite studies to demonstrate appropriate communication between the Study Director and Principal Investigator. The primary form of communication is likely to be email, however when teleconferences are conducted it is important to make notes on the topics discussed, who was involved and any decisions taken. This could be followed up with a summary email if felt necessary.

This brings me nicely onto the subject of emails. There are varying levels of retention of email within study packages, and I have been asked a number of times how much is enough? The study package needs to contain all pertinent emails to the conduct of the study particularly around management of any issues on a study. A common example seen recently is the following:

There have also been isolated incidences of extension to the test item stability (formulated and unformulated) which have resulted in the same situation due to inappropriate documentation. 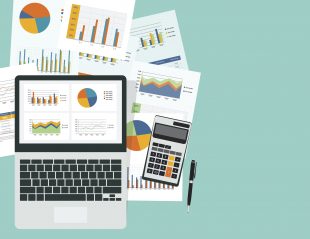 Now I would like to talk about a couple of examples of deficiencies with a similar theme – that of a lack of escalation to test facility management for resolution. Over the past year I have identified a number of QA audit reports that have remained open for prolonged periods. The root cause of this has generally been inability to agree on corrective actions. In each case test facility management were not aware of the situation so had no oversight to ensure the issue was resolved and as a result the audit reports had remained open for 6-12 months. One particular example in the past year occurred when an audit report had remained open for 3 years. I think we can all agree that this is not an appropriate timescale and a major deficiency was raised as a result. With respect to QA there should be a process and a timeline for escalation to management if audits are not satisfactorily resolved to ensure situations like this do not occur.

So where else might test facility management intervention be needed? Facility management are responsible for ensuring that technically valid SOPs exist within a facility. A number of deficiencies have been raised recently for SOPs which have exceeded their review date by over 12 months. It is inevitable that some SOPs will not be reviewed within the required timeline. Management need to be aware of the overdue SOPs so that they can intervene as necessary and ensure that the number of overdue SOPs does not become excessive. A major deficiency was raised at a facility this year as a result of ~60% of the required SOP updates not being performed, this had occurred over a period of 12 months, resulting in a significant number of overdue SOPs and outdated procedures.

I hope you have found the above, useful for your facility. Future posts on interesting inspection findings are planned and if you would like GLPMA to expand on any particular areas please contact the GLP mailbox.