The first post in this series described the importance of organisational behaviour on the success of data integrity control measures.  Behavioural issues are often unsuitable for technical guidance, but the Inspectorate blog provides an opportunity to address this complex issue.

This second blog post of the series will illustrate the issues from the first in the series through a scenario based on situations sometimes encountered during inspections, and the changes in organisational approach which can address some of the problems identified.  Peter Baker, an investigator within FDA’s China office based in Beijing, has addressed this issue during various recent industry workshops, including the 2016 International Data Integrity Workshop supported by regulators from MHRA, EDQM, EMA, CFDA, USFDA, and WHO.  This blog post summarizes his presentation and provides additional insight into the concept of “Too Much Pressure” within a pharmaceutical testing laboratory. 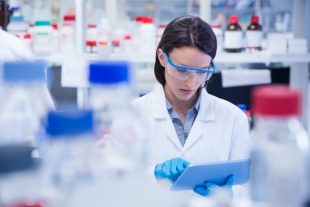 Jane has worked for a large pharmaceutical company for nine months. She joined the company as a QC Analyst straight from university, facing stiff competition from her peers.  She was so proud to be making her own way in the world; moving into her own apartment, and for the first time able to afford her own car.  She will never forget her first day on the job; she had finally finished studying and was working in a laboratory analysing real medicines to be used in real patients.  Her first few months were spent learning the concept of GMP and how to handle problems as they arise.  She was assigned a mentor who has passed on knowledge about products, methods, and instrumentation and how to work as efficiently as possible.

Jane has always tried to do the right thing.  She has been alarmed recently by some of her senior colleagues making questionable decisions when unexpected laboratory results are encountered.  One Friday afternoon, Jane obtains a low assay result (83%) during a routine product release test.  She asks her senior colleagues if they have ever encountered something similar, but no instances had been reported.  She is told that this product has been manufactured for years with no issues.  It is suggested that she retest the samples and report the results before the start of the weekend so that the batch can be released by QA.

Jane starts to second guess herself thinking “maybe I contaminated the sample” or “maybe the instrument experienced a disturbance like an air bubble”.  Jane realises that some of the instruments and analytical methods are problematic.  As a new analyst, she is eager to impress her managers by making them look good in company performance metrics – the most products released in the shortest period of time.  Jane has been relatively slow as a new employee, already far behind her colleagues, and is fearful of losing her position in the upcoming corporate restructure.  She feels valued by her manager, but everyone has been under extreme pressure to perform since the restructure was announced two months ago.  What should she do now?

Incentive and rationalisation of actions

Ultimately, Jane’s decision will depend on the following factors: 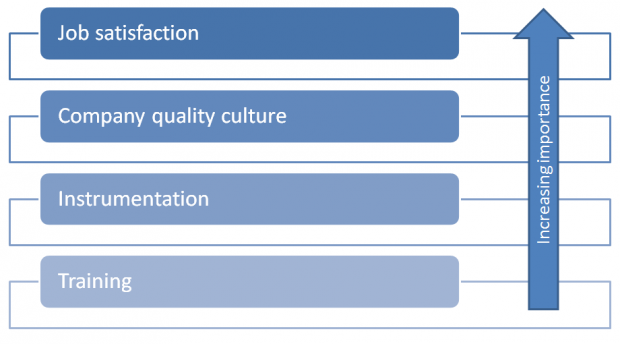 What does Jane do?

Although uncomfortable with her decision, Jane re-starts the sample sequence, substituting the failing aliquot with one already deemed acceptable.  After all - the product has been manufactured successfully for years, and who is she as a junior analyst to question the ability of the production department?  Jane feels under increasing pressure due to problematic analytical methods and instrumentation combined with management demands for results.  She is confident that her initial results won’t be questioned; the only data reviewed by her manager is what she presents as a printed package.

The company has failed to provide Jane with the understanding that manufacturing processes are not perfect, and has failed to address problems which make it hard for her to do her job properly.  Senior management has failed to take responsibility for ensuring that integrity is valued over efficiency.  Front line chemists have significant responsibilities, but are often overlooked in the overall operations because they are very often the newest employees in their first job.  Who should shoulder the major responsibilities for data integrity assurance?  Unfortunately it is often found to be more aligned with the pyramid below on the right – which is not a good strategy for implementing a quality culture, and ultimately leads to poor job satisfaction among front line staff. 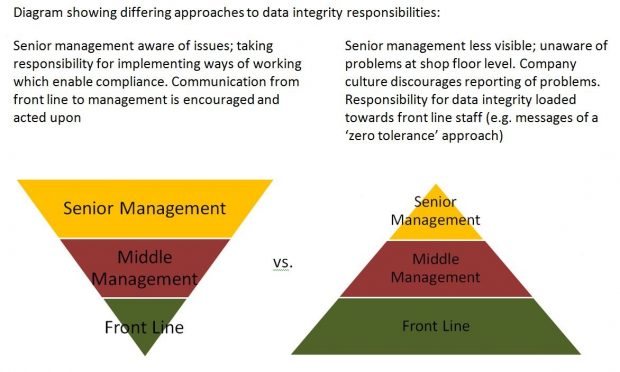 Implementing a quality culture and ensuring job satisfaction is easier said than done, but relatively simple actions taken by management can make big differences in everyday operations.  Informal senior management visits to the shop floor enable an understanding of operational issues which are invisible from the boardroom. The ability of an individual to justify their decision to manipulate data can be reduced by making sure that all employees have ‘visibility to the patient’ and understand the impact of their actions. Senior management has the power to fix problematic test methods from the beginning, upgrade outdated equipment and software, encourage open reporting of deviations, and reward good behavior rather than speed.

In this story Jane was an example of a junior QC analyst, but she could be from any department from Warehousing to Production.  Front line employees face extreme pressures that are not always well understood by their managers.  They are generally not able to implement needed changes on their own, and may feel unwilling to speak up due to a company culture that values output rather than quality.

Imagine if Jane worked in an environment where ‘undesirable news’ was seen by managers as a quality improvement opportunity. An environment where commitment to quality is not just words in a mission statement, but implemented in practice at all levels of the organisation.

Jane reports the discrepant result and is empowered to follow the out of specification procedure.  It shows that the analysis was correct; the problem was due to poor mixing during manufacture. Although the batch is rejected she is rewarded for her diligence, as patients are protected and the company is saved from reputational damage. Investigations enabled improvement of the manufacturing process, making future failure (and pressure to alter QC tests) less likely.

Readers of this blog post are encouraged to evaluate the quality culture of their organisation. Could Jane’s experience be encountered where you work?

A senior management resolution for the new financial year might be put to good use by reviewing the suitability of current performance metrics and engaging with front line staff in an attempt to understand the challenges of their day to day operations.  By doing so, employees feel connected with management and feel that their voices, however inexperienced they may be, are heard and valued.