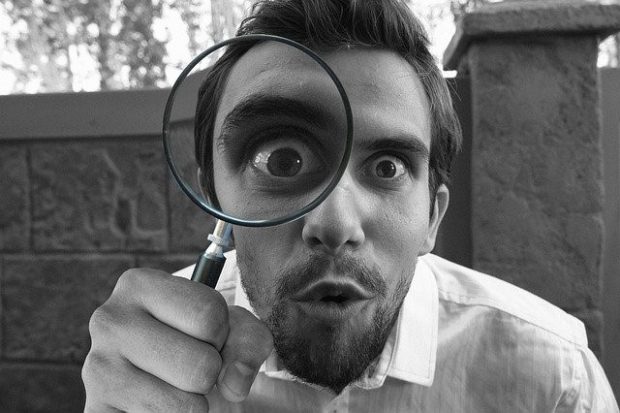 Investigations are an inevitable aspect of any manufacturer’s or wholesaler’s operations; whilst every company strives to put in place perfect systems and processes it is impossible to predict every potential failure mode and totally prevent incidents from happening.

In this post, I will share some common issues that the inspectorate often sees whilst out on inspection at companies of all sizes and of all operating models, so you can consider your own company’s systems and practices and improve investigation outcomes. The concepts outlined in this post are equally applicable to deviations, customer complaints and several other Pharmaceutical Quality System (PQS) activities.

The strength of investigations, and the subcomponents that together make them effective, has been an ongoing area of challenge in deficiency data published since 2010. The most recently published dataset from 2018 shows that roughly 10% of deficiencies raised in that period were directly attributable to poor investigations, though it is important to consider whether they could also be the root cause of other deficiencies too.

It is also worthy of note that some of those deficiencies have been classified by the inspector as Critical. When things do not go to plan or systems do not work as intended, a state of control is not maintained and the risk of product that is not of the right quality, efficacy or is not safe being produced increases. If such products reach the market this may have a significant impact on public health.

Problems we see during inspection

In view of the requirement to continually improve and perform appropriate root cause analysis, regularly recurring issues are an indicator that the system is ineffective.

Professionals in industry have a lot of experience and knowledge, however this can sometimes mean that a theoretical root cause can be concluded based on previous experience - this is especially true if investigators are not given freedom to apply relevant challenge to all relevant processes and systems. This can lead to conclusions being reached based on assumption rather than an evidence-based investigation.

A common manifestation of this is where companies take the view that long-standing procedures and methods work perfectly and cannot be improved, with errors associated with the task attributed to individuals not following instructions accurately. When the same or a related problem has occurred on several occasions and with different people this is a clear indicator that human error is unlikely to be the true root cause.

Human error should only be cited as root cause when all other system and process related variables have been ruled out. It is plausible that, where human error is a potential root cause, the true root cause could be deficiencies in the training system, an overly complex or difficult to follow procedure, or perhaps other factors such as inappropriate multi-tasking and distraction. It is unlikely that 'remind/re-train the operator' will ever be an effective CAPA in such circumstances.

Risk assessments that from the outset are used to justify taking - or not taking - certain actions are usually flawed. This is because there is a natural tendency to only include information and arguments that support the outcome the author has set out to conclude. This means that the assessment is not a true reflection of the risk level.

Appropriate use of risk assessment is crucial where things have gone wrong and the impact on quality and efficacy, and the overall patient safety impact, must be accurately understood. All available evidence should be used together to accurately establish all potential failure modes, likelihood of occurrence, detectability, or other factors which when taken together help appropriate decisions be made.

Investigations should be launched from the outset with the intention of establishing true root cause and identifying appropriate CAPAs. It is not only a mechanism to protect patient safety, but a way to improve the efficiency of an organisation’s operations.

Investigators should consider beyond the initial probable root cause of an incident and confirm or rule out other plausible potential root causes. This should include speaking to relevant colleagues involved in the incident and best practice would include visiting the areas involved. A review of previous incidents is important to identify if this is a recurring issue within that area, on a specific piece of equipment, or a process.

Risk assessment on the batch, campaign and previous campaigns should be considered as appropriate. Guidance on risk assessment methodology is available in ICH Q9. The assessments should be sufficiently detailed to cover all reasonable risks, be evidence-led and drive decisions on batch disposition and/or recalls, rather than building cases to support any decisions already made.

Some issues can appear minor at surface level, only when assessed will more significant risks become known. The extent of the issue and other batches affected should be considered, it may be that the issue has been there but undetected for some time.

The quality, safety and efficacy risk in the context of the patient should be central to all investigations. It should be clearly considered and included in the associated documentation. Thought must be given to other circumstances in which the failure may not have been detected and what that risk profile could be.

There are several approaches to root cause analysis that are well known and recommended, however we do not always see them used even when there are clear advantages or 'true root cause could not be identified' has been recorded in the report.

For example, while a seal failure on manufacturing equipment is the direct cause of oil leakage and equipment seizing, the root cause could be that:

Effective root cause analysis will lead to the identification of appropriate and relevant CAPAs. These should:

Target dates that are too optimistic can impact the PQS in other ways and companies should think about the application of arbitrary completion times, especially where CAPAs that should be implemented urgently or before manufacture of the next batch have been identified.

The systems supporting investigation activities and outputs should be monitored with trending to obtain meaningful information that can be used to drive routine improvements and ensure that approved timescales are met. This includes scrutiny during management review and escalation where needed to ensure the system remains in control and an effective means of protecting patients when things have gone wrong.