My name is Balall Naeem and I have been with the MHRA for more than 10 years now.  In that time, I have worked across 3 different Divisions in a number of roles. The ones most relevant for this topic would be Pharmacovigilance Scientist, a Senior Clinical Safety Scientist and of course, my current position as a GCP Inspector. During my time as an inspector, I’ve inspected non-commercial organisations such as NHS Trusts, universities and clinical trials units, large commercial pharmaceutical companies, investigator sites and niche vendors such as database suppliers. 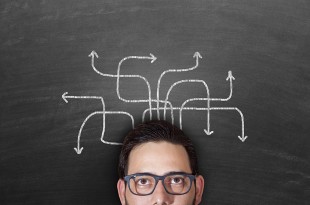 As you may have gathered from the blog title, a common theme that often leads to inspection findings at all of these organisations is their understanding and application of the Reference Safety Information (RSI). For those of you out there who have not previously come across the term (we commonly come across organisations  that are unaware of the term despite it being referenced in guidance including CT-3 and the MHRA GCP guide), the RSI should be a list of medical events that defines which reactions are expected for the Investigational Medicinal Product (IMP) being administered to clinical trial subjects, and so do not require expedited reporting to the Competent Authority and Eudravigilance Clinical Trial Module (EVCTM) - if direct reporting is performed by your organisation (remember for the UK if you report through the eSUSAR system the MHRA will forward the report onto EVCTM on your behalf – see MHRA website for more detail).

Expectedness can have a lot of different meanings in the medical world, but from a regulatory perspective, in relation to safety reports and Suspected Unexpected Serious Adverse Reactions (SUSARs), it means whether or not the reaction is an expected side effect of the IMP, thus determining whether it does or does not need reporting in an expedited fashion. To be categorised as expected the reaction must be clearly listed in the RSI. It does not mean:

Some of these factors can be considered when assessing the causality of the event to determine if it is a reaction; for reactions to be excluded from expedited regulatory reporting they must be listed in the RSI or clearly defined in the current approved version of the protocol.

So we have established what the RSI is and its purpose in clinical trials, but how do we manage it? Well, here are my ABCs, or in this case IACs, that if implemented correctly will help you meet the legislative requirements, and avoid Grounds for Non Acceptance and inspection findings.

Where is it located and how do the people conducting expectedness assessments find it? It should be clearly identifiable in your initial CTA application.  If we can’t find it, or you struggle to direct us to it during your inspection then it is likely that those making the assessments are also not clear, and this leads to inconsistency in interpretation of expectedness.  An example of this was seen on an inspection where the expectedness assessment had been delegated to the PIs. As the RSI was not clearly defined there were examples of the same reaction being assessed as expected by one PI and unexpected by another, resulting in a large number of SUSARs not being identified or reported to the MHRA. Remember the entire Investigators Brochure (IB) is not the RSI, but a clearly defined section of it should be if an IB is the option used. The same also applies for the SmPC, it should be clear you are referring to section 4.8.

As I mentioned in the first point, it needs to be part of your initial application for a CTA and this goes hand in hand with identifiable, as we can’t approve it if we are not able to clearly identify it. Once your initial CTA has been approved, that is the RSI you have to use unless the regulator (in this case the CTU at the MHRA) agrees otherwise, and yes that would mean submitting a substantial amendment to change it.  So a few things to note; if you submit SmPC version 2.0 dated 01/01/2010 with your application that is the version of the SmPC that must be used as your RSI. Not version 1.0 that was released in 2009 or version 2.5 that was released mid 2010. If you want to change to version 2.5 then you need to submit a substantial amendment to the MHRA and wait for the approval before you make the switch. While version 2.5 may already have been approved by the MHRA, it has been done as a post marketing information tool for healthcare professionals, and not as a list of expected events that are suitable for your IMP and trial population. This assessment will only be carried out once you submit your amendment. 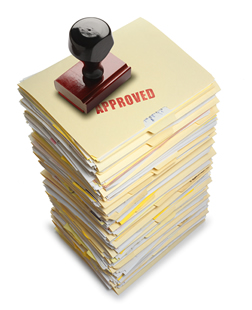 The same applies for IB updates. If you are using a defined section in IB version 1 you cannot go to IB version 2 with new expected events listed (i.e. an updated RSI) without MHRA approval, however there are a few different scenarios that may determine how you manage the process.

1 – A new version of the IB is issued at the same time as the DSUR for the new reporting period and there are new events listed as expected. You must send an amendment to the MHRA and not implement the new IB until you have obtained approval. Any change in RSI is a change in risk benefit! Examples of findings often seen in this scenario include:

2 - A new version of the IB is issued at the same time as the DSUR for the new reporting period and there are no changes to the RSI (this means no new events listed as expected and no events removed). You do not need to send an amendment to the MHRA before you use the new IB but you must document the assessment that demonstrates the RSI has not changed in your TMF.

3 – A new version of the IB is issued mid DSUR period (this could come from your global Head Quarters or your IMP supplier) and there are new events listed as expected. You must send an amendment to the MHRA and not implement the new IB until you have obtained approval. Any change in RSI is a change in risk benefit! However, you do not have to implement the new IB. You can risk assess the new version of the IB against the current version and if the RSI changes are minimal or not relevant to your study or patient population, then you can choose to continue with the current RSI in the current IB version for the remainder of the period. Please ensure that you document the whole process (if it’s not written down it didn’t happen J), and remember that if you do change mid period, it will have an impact on your DSUR as you have to use the RSI in place at the start of the reporting period for all of your DSUR line listings. You could also submit an amendment at the time stating that you will not implement the new RSI until the end of the current DSUR period.

4 – Examples 1, 2 and 3 in particular apply to SmPCs as well as IBs. Just because a new one is released doesn’t mean you have to instantly use it as your RSI; the decision should be based on your documented risk assessment.

5 – “But my protocol says the latest version of the SmPC/IB”. It may well do but when a MHRA medical assessor reviews this as part of your initial CTA application, they interpret it as meaning the SmPC or IB that is current at the time of the application, not a changing real time current version. It does not exempt you from the need to submit amendments to make RSI changes.

You need to ensure that throughout your trial, everyone is using the same version of the RSI at the same time, especially if investigators are conducting the expectedness assessment (only the causality assessment needs to be done by a medic). This means if it is the SmPC, you must control the version they use so that it is the one approved by the MHRA, not just direct them to log onto a website containing multiple versions and select one. If it’s the IB, then you must manage how it is distributed and ensure the relevant staff members are aware of which IB version they should be using for expectedness assessments. Remember that all SARs should be assessed against the RSI in place at the time of the event (that is the time at which the initial event happens), so when you do change don’t get caught out assessing follow-up information against the wrong RSI. 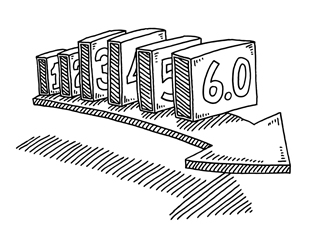 Remember updating your RSI doesn’t allow you to downgrade all your old SUSARs.

If you have different RSIs for different regions you need to ensure that all UK relevant SARs are assessed against the RSI approved in the UK not the RSI from the region in which the event occurred.

I’ve seen findings relating to RSI at virtually every inspection I’ve been on, regardless of which type of organisation it is or their size. They usually stem from a lack of understanding, overly complicated processes and poor oversight. It’s important to focus on how your RSI is controlled, and remember if you’re unsure about potential RSI changes, play it safe and submit the amendment or ask us!

RSI queries can be directed to ctdhelpline@mhra.gsi.gov.uk